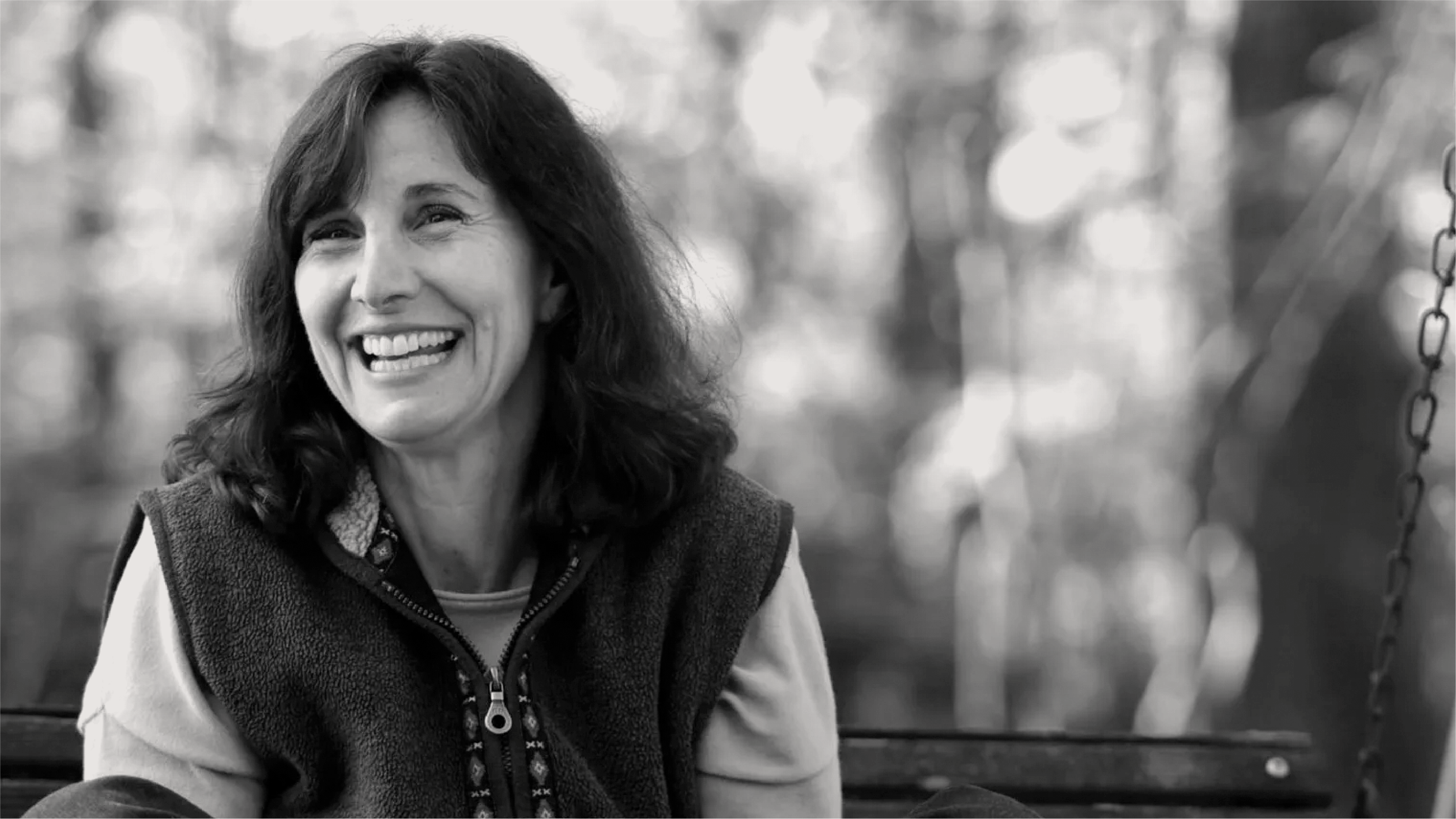 After Rosaria and Keith's fascinating interview, we invited her to write a guest blog post, even though her views do not represent our own.We believe that debate and discourse make us wiser, so we’re thankful for Rosaria’s challenges.

My name is Rosaria Butterfield, and I choose the truth of Biblical Christianity over the tribalism of Side B/Revoice theology.

The Bible is Truth, both in word and in substance. When one passage of scripture may seem unclear to us, we interpret it in light of the clarity of God’s unified Biblical witness.[1] There are no problem passages in scripture.

In His image, God created human beings ontologically as men or women. Our sexual difference is part of our origin and eternity. We bear the image of God in purposeful pattern.

“Then God said, ‘Let Us make man in Our image, according to Our likeness…So God created man in His own image, in the image of God He created him; male and female He created them’. Then God blessed them, and God said to them, ‘Be fruitful and multiply; fill the earth and subdue it.’” Genesis 1:26-28

This magisterial passage, known as the Creation Ordinance, reveals that God established men and women for the normative and godly calling of biblical marriage. God planted the seed of the gospel in the Garden of Eden. Scripturally speaking, heterosexuality is natural, and homosexuality is unnatural.[2] When the Apostle Paul revisits the Creation Ordinance in 1 Timothy and Romans 1, he states that homosexuality is “contrary to sound doctrine” (1 Tim. 1:10) and denies the being of God (Romans 1:25-27).

When Eve obeyed the serpent over God, all of humanity was plunged into sin, a sin recorded as Adam’s (Genesis 3). Adam’s sin, imputed to all of mankind, created a cosmological crisis. Puritan Thomas Goodwin depicts this crisis in the form of two giants: one is Adam, and the other is Christ.

Goodwin’s word picture looks like this: chained to Adam’s belt are all men and women born after him. God in mercy removes the chains of his chosen ones from Adam and locks them onto Christ. God’s mercy has a name: justification (Romans 3: 24-25). Justification is “an act of God’s free grace, wherein he pardons all our sins, and accepts us as righteous in his sight, only for the righteousness of Christ imputed to us, and received by faith alone.”[3] In justification, God secures every saved person’s chain to Christ, guaranteeing a new nature and future. From our posture of justified men and women, chained firmly to Christ, we begin the lifelong journey of sanctification (Ephesians 4:23-24): “a work of God’s free grace, whereby we are renewed in the whole man after the image of God and are enabled more and more to die unto sin and live unto righteousness.”[4]

After we are justified by God, we can never return to Adam.[5] What does this mean for someone like me who lived as a lesbian for a decade and believed I was gay? It means that homosexuality is part of my biography, not my nature. My nature is securely chained in Christ (Colossians 3:10-20). What does it mean if a Christian falls back into an old sin pattern? It means that he is acting against his true nature. How do we stop acting against our true nature in Christ when our flesh craves our old sin patterns? By going to war with our sin through the power of Christ’s blood. A genuine Christian will not make peace with sin, for doing so scorns the atoning blood of Christ. Puritan Thomas Watson says, “Christ is never loved till sin be loathed.”[6]

Christ lovingly forgives all sin—including the sin of homosexuality—by granting his people the gift of repentance and the grit of sanctification.[8] Does sanctification include the godly desire for biblical marriage? Sometimes. It did for me. And sometimes the fruit of repentance produces a godly contentment with singleness. The blood of Christ washes away the sin of homosexuality, but it doesn’t create a new tribe of Christians within the church.

What Is Revoice Theology? Why Is It Tribalism?

One dictionary definition of tribalism is “the behavior and attitudes that stem from strong loyalty to one’s own social group.” Tribalism is extra-biblical teaching. Tribalism comes from false ideas entering the church from the world. Tribalism is infectious and poisonous, and it leaves a wake of division in its path. It destroys the peace and purity of the church and produces false professions of faith as well as unstable Christians held captive to destructive sin patterns. Tribalism falsifies the blood of Christ.

Side B Christianity—Revoice—is tribal, not truthful. Instead of offering fundamental liberty in Christ, including redemption and change, Revoice theology denies the power of Christ’s blood to sanctify His people such that they no longer are homosexual. Revoice theology is tribal in its use of Freudian anthropology over biblical personhood, recording homosexuality as a morally neutral sexual orientation. But the Bible records both feelings and practices as sinful acts if directed against God’s commands (Matthew 5:27-28). Revoice theology is political in its embrace of LGBTQ+ language and ideology.[9] Revoice theology believes that homosexual orientation cannot be repented of, thereby withholding the power of repentance and sanctification to transform lives. In contrast, Scripture teaches us to “repent…and turn back, that your sins may be blotted out” (Acts 3:19).

Because I choose Truth over tribe, I reject the false teaching of Revoice/Side B Theology.

Want to hear more from our interview with Rosaria Butterfield? Don’t miss our recent podcast episode where Rosaria expands further on this topic, followed by a few challenges from Keith.

[1] “The infallible rule of interpretation of Scripture is Scripture itself: and therefore, when there is a question about the full and true sense of any Scripture (which is not manifold but one) it must be searched and known by other places that speak more clearly,” Westminster Confession of Faith, Chapter 1.9. The Reformation Heritage KJV Study Bible, ed. Joel Beeke. Grand Rapids, MI: Reformation Heritage Books, 2014: 2029.

[2] See Rosaria Butterfield, Openness Unhindered, chapter 4, “Sexual Orientation: Freud’s 19th Century Category Mistake,” (Pittsburgh: Crown and Covenant Publications, 2015); 93-112. While sexual orientation as a category of personhood is a Freudian addition, heterosexuality and homosexuality are not equally problematic examples. Heterosexuality is always the biblical pattern, although its application may be sinful, as in the case of adultery. Homosexuality is always the unbiblical pattern and cannot be “sanctified” without being obliterated. Calling people to celibacy and rejecting the idea of sanctified change that allows either for heterosexual marriage or content singleness is unchristian. In addition to being sinful, homosexuality is pagan. For more on this, see Peter Jones, The Other Worldview. Bellingham, WA: Kirkdale Press, 2015. When current self-described “gay Christians” feel “othered” by biblical Christians, there is wisdom in this recognition. Gay Christianity is another—a separate and a different—religion.

[4] Question 35 of the Westminster Shorter Catechism, “What is Sanctification?” The Reformation Heritage KJV Study Bible, 2056.

[5] See Pastor Aldo Leon, “A Sermon from Ephesians on Identity in Christ,” https://presbycast.libsyn.com/aldo.

[8] Biblical repentance requires that we:


[9] Greg Johnson, “On Mission With the LGBTQ+ Community,” https://drive.google.com/file/d/1gu0ZH6igfWes0vypOUnEtnTEMigw9fVu/view?fbclid=IwAR1RfCSB3r1m_cq5J5FdlRiAvJ8qGUMzi5QFBwJ8eMKncRtbWikIxTQiIUc.

Rosaria Butterfield was once a tenured professor of English who identified as a lesbian and worked to advance the cause of LGBT equality. After her conversion to Christ in 1999, she came to see the sinfulness of having any identity apart from Him.

What If My Daughter Was Murdered at School?