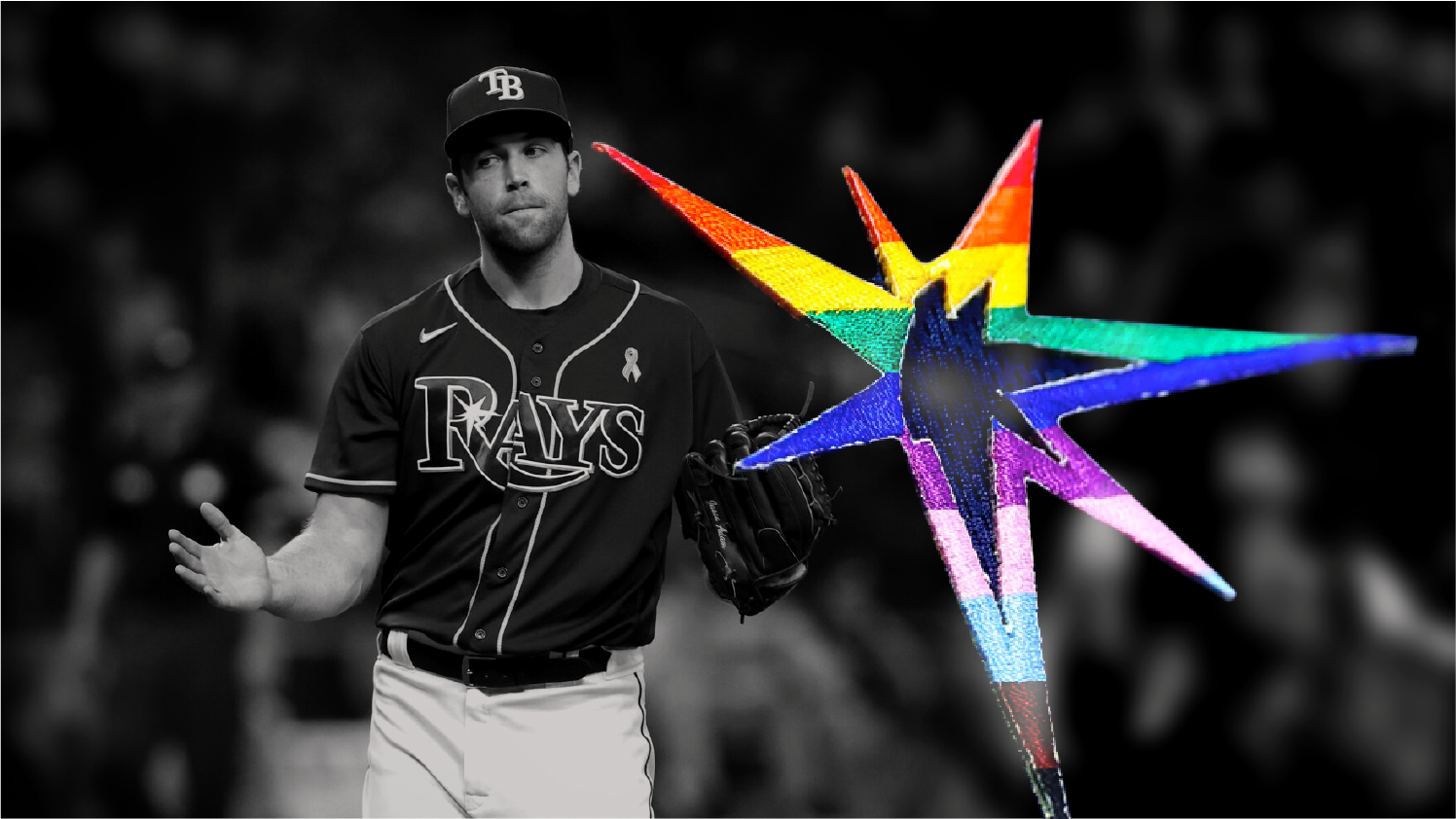 In one month, the St. Louis Cardinals will host “Christian Day at the Ballpark.” Every year, a past or present Cardinal steps onto the mound after the game to share about his faith. It sounds like something from a previous generation. In a way, it is. This year, “Christian Day” celebrates its 30th birthday.

In today’s cultural environment, I’m surprised not to hear these questions: Why isn’t there an Atheist Day? Or a Jewish Day? Or a Muslim Day? None of those days, to my knowledge, exist in the MLB. But there is a time dedicated to celebrating a non-religious minority: LGBTQ+ Pride Night.

And some Christian baseball players don’t want to participate.

Jason Adam, pitcher for the Tampa Bay Rays, opted out of the Ray’s Pride Night uniforms, which included rainbow-colored logos on their hats and right sleeve. In his interview with Truth Over Tribe, he explained why he opted out:

But Adam hasn’t convinced the media or many LGBTQ+ supporters that he’s not a bigot. Sarah Spain, speaking on ESPN’s Around the Horn, said,

“This is what tends to happen when a privileged class isn’t affected by things. This is not just about baseball. That religious exemption BS which is used in sport and otherwise also allows people to be denied healthcare, jobs, apartments, children, prescriptions and all sorts of rights. And so we have to stop tiptoeing around it to protect people who are trying to be bigoted. … They’re trying to use religious exemptions to affect the opportunities and services and available resources for people who are LGBTQ+.”

According to Spain, not wearing a patch is tantamount to bigotry, and participation in a nationwide conspiracy to overturn the Bostock decision, and deny LGBTQ+ people human rights. Exactly how a rainbow-less piece of clothing achieves so much is unclear.

But here’s what is clear: in Spain’s view, freedom of conscience and speech are not important rights enshrined in the Constitution. Someone’s right to have their sexual self-expression affirmed is more important than someone’s right to not say, do, or wear something that compromises their conscience.

In truth, religious exemptions are “BS.”

It’s tempting to make either Jason Adam or Sarah Spain into the real problem. But neither one is. They’re responding to the problem: the fact that the Tampa Bay Rays and the MLB pressured players to wear things that violate their conscience.

Is This Really That Big of a Deal?

I know all of this can sound silly. It’s just clothing. But it’s not that simple.
Imagine that someone required you to wear a Confederate or Nazi flag patch. How would you feel? Would you do it?

Now, I’m not saying that a pride patch is the moral equivalent of a Nazi flag. So let’s move to some closer examples: a patch supporting Donald Trump, the Republican Party, Joe Biden, or the Democrat Party. Or a patch in support of atheism, Islam, or Buddhism.

How would you feel? The problems with the patch become even more clear when you compare “Christian Day” and “Pride Night”:

If “Pride Night” looked more like “Christian Day,” I wouldn’t be writing this. Christians aren’t begging for special treatment; they’re simply asking to be treated the way they treat others.

And yet, I know this logic will be unconvincing to some. Here are the common responses to these observations, so let me respond to them in turn:

When we get into the weeds, we begin to see why we must continue to protect our right to conscientiously object. At the bottom of it all is a simple fact: humans are made in the image of God.

God gives humans the power of speech. Yet, not even God forces people to use the mouths he gave them to worship him. He allows us to act on our consciences, even when they are disastrously misled. Who are we to demand more than our creator takes?


Should a Christian Wear a Pride Patch?

We live in a time that requires courage and compassion. In that regard, Jason Adam was exemplary. Despite an onslaught of ad hominem attacks, he responded in love. If Christians take anything away from this story, I hope that’s the lesson.

And we do need to learn from his story because Jason Adam is not alone. Almost all Christians face similar questions in their workplaces and schools. I know CEOs whose HR departments tell them they need to send a celebratory email out during LGBTQ+ Pride month. I know employees who must attend LGBTQ+ training programs that require them to affirm things they do not believe and speak or act in ways that make them ethically uncomfortable. Students and professors who don’t actively voice their support of the LGBTQ+ community sometimes become targets of internet bullying.

Though these moments are becoming more frequent, we must be careful not to exaggerate their regularity. Instead, we should faithfully prepare our hearts so that our faith is resilient enough to face challenges with a Christlike posture. After all, Jesus warned his disciples that they would be persecuted for following him:

“And when they bring you before the synagogues and the rulers and the authorities, do not be anxious about how you should defend yourself or what you should say, 12 for the Holy Spirit will teach you in that very hour what you ought to say” (Luke 12:11-12).

We must develop Christian courage, not fear. Fear drives us to fight or flee. Christian courage, on the other hand, is rooted in the belief that Jesus protects you. It frees you from the fight/flight response to prayerfully seek God’s guidance, follow his spirit, speak with gentleness, act in accordance with the truth, and love your neighbor (and enemies!) as yourself.

Jason Adam isn’t riled up because he’s not living in fear. He’s living by faith. You, too, have nothing to fear. Let that liberate you to go forth in God’s love.

Want to hear more from Jason Adam and his decision to opt-out of the Ray’s Pride Night uniforms? Don’t miss our conversation with him, exclusively on Truth Over Tribe.