Are Robots Racist? Why Christians Must Rethink Artificial Intelligence 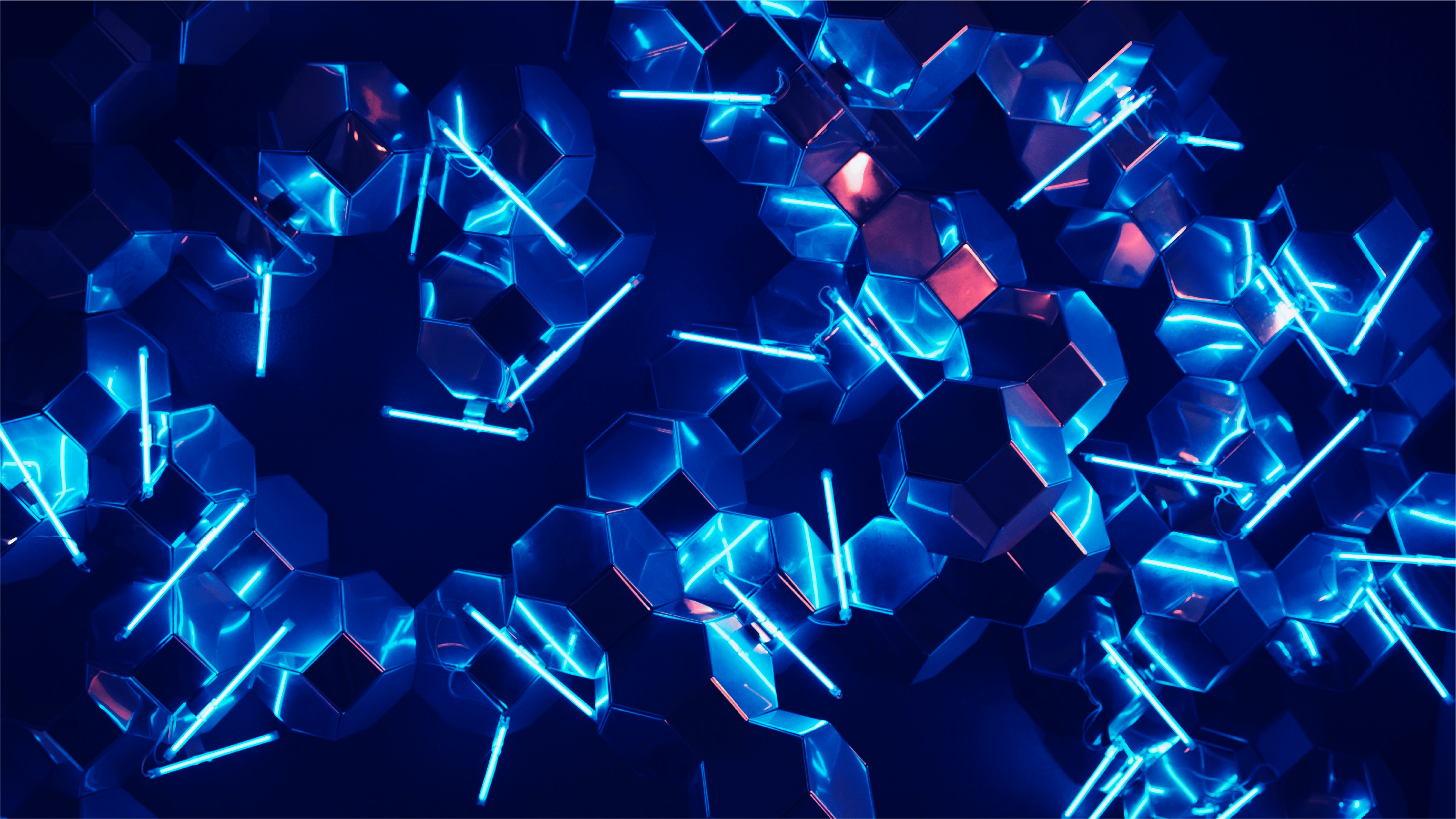 The following is a guest post from our recent podcast guest, Joshua K. Smith. Check out the full conversation, "Robot Theology," wherever you listen to podcasts.

I never understood what it meant to be a different kind of human. I was frequently told that Blacks and whites were biologically different. I was told that I shouldn't date girls of color because races should stay to their kinds. This logic is fallaciously based on Leviticus 19:19, which reads, "Do not crossbreed two different kinds of your livestock, sow your fields with two kinds of seed, or put on a garment made of two kinds of material." [1]

However, the pieces of this puzzle come into the frame once we unpack the folk psychology that props up many of the beliefs about race. For instance, what is the biological essence of someone's race? Is it a property that we can observe through empirical science? No. Rather, much of modern thinking about race theory is based on folk explanations. We take what we see (i.e., someone's phenotype) and try to explain something we can't see (i.e., their complex genetic and cultural makeup).

While researching artificial intelligence (AI), robots, and personhood, I noticed an eerie comparison to the racial arguments I heard growing up. The arguments opposing legal rights and personhood for robots felt too familiar. "They are not like us" or "Humans alone are made in the image of God" are lines that come straight from the antebellum American handbook for how to explain the differences of race, class, sex, and gender.

Many scholars I read even take this logic one step further by stating that robots "should be slaves." Yet I find this problematic. I don't think we have a moral right to make chattel slaves of anything or anyone, and the fact that we desire to make entities whose sole purpose is forced servitude says more about us than it does about them. However, as we shall see below, there is room for flourishing in human-robot relationships if moral consideration is given and the circle of moral consideration for non-human entities is expanded.

There is no way around it; the discussion of humanoid robots is interlaced with discussions of race and racism. I am not making the equivocation that robotic servitude is identical to chattel slavery, but that AI-driven robots are a new media for the reflection on race theory.

Racism, much like robotics, is a subject that requires many nuances and much complexity. As Robert Elliott Smith reminds us, "simplification is always at the core of prejudice." [2] For example, the phrase "white supremacy" is thrown around as a catch-all for racism, but the term hardly captures the complexity of racist perspectives. The Ku Klux Klan (KKK) is more concerned about white separatism than white supremacy.

On many occasions in the South, I've heard that whites should be separate, but I've never heard racist KKK members (or non-Klan members, for that matter) say they believe whites are superior. Thankfully, a wide array of scholarship within the last decade seeks to address the complexity of race issues and even challenge current views of race science.

That's great, but where do current robots come into play?

Modern robots are designed to be slaves both in the present and future economies. They are designed to replace workers and repurpose dirty, dull, and dangerous jobs. Presently, automation of the labor force has accelerated during what is labeled as the "Great Resignation."

According to an article by Bloomberg Businessweek, 24 million workers resigned from April to September 2021. [3] Companies in the wake of this fallout are still trying to provide goods and services, and they may turn to robots to do it. Not only is there a tax incentive for automation, but it is cheaper, in the long run, to 'hire' a robot that takes no breaks, no sick days, and no time away for family.

This job automation is a massive disruption to the gig economy and general American workers, who make up a large part of the U.S. population. For example, companies like Tesla, Wayne, Uber, and Cruise have already made way for autonomous 18-wheelers to replace one of the most common jobs in America, the truck driver. It is just a matter of public acceptance. That's over 1 million jobs in the U.S. alone that may be disrupted by the forced labor of robots, which is what these automated vehicles are.

Of course, companies like Amazon are already capitalizing on automation, and as soon as more AI and advanced robotics can be integrated, we can be assured these technologies will replace human workers.

Amazon is already infamous for treating their workers like machines. [4] Seeing the human as a machine is straight out of the antebellum pro-slavery handbook for economic gain. And lest the reader think this problem is isolated to a very niche robot of the future, let's briefly consider how these design problems are impacting Black communities now—and might impact them in the future.

It is hard to believe that Black folks, in 2018, only made up 10.5 percent of the tech industry. This is a problem because Black identities and values are missing in the formation of current and future technology, especially robots. From voice assistants like Siri (yes, technically a robot) to Boston Dynamics' Spot, how does emerging technology make room and account for not only the Black body but the Black soul as well?

Soap dispensers and facial recognition currently struggle to properly recognize the Black body, and those are relatively simple pieces of tech. I believe this is also indicative that this technology is not being developed in a way that will lead to the flourishing of the Black community. Will delivery robots like Starship serve Black neighborhoods, or will they gentrify them and displace the existing community?

The machine question has always been connected to the question of what it means to be Black in a white world. What can we do as Christians and communities of faith? The first step is education, and that is why I recommend the following works below.

Hampton helps the reader see that the racialization of robots goes back to the early visions of Karel Čapek's play Rossum's Universal Robots. Since the 1920s, ever-present fear of robot rebellion has been in the imagination of science fiction (e.g. Metropolis; I, Robot; Blade Runner; and Terminator). However, this is not the case.

In light of the racial tension that has lingered since the early days of chattel slavery, one would think that the robot-as-slave metaphor would be more troublesome in modern society.

Why? Across literature and film, the Black body has been seen as analogous to the machine. In fact, what is often missed in the study of machine rebellion is the connection to the life and struggle of the chattel slave. The enslaving of people has also been more about economics than antipathy or supremacy.

Don't get me wrong; racism is used to justify enslavement and soften its evil in the eyes of men, but it is not the primary motivation. Likewise, with robotics, the desire to create slaves is about economics, and regrettably, the arguments for the justification of such that is similar to the antebellum literature, which essentially states, "They are not like us." Technology, like AI and robotics, is neither value-neutral nor racial-neutral; it embodies all aspects of our biases for renewal or ruin.

Chude-Sokei also brings in Caribbean anthropology, which places emphasis on the decentering of one epistemology or way of knowing, which Chude-Sokei describes as the creolization of culture.

This is an essential movement for Christian readers to understand because diversity is beautiful and, I believe, a God-ordained reality. The vision of the Enlightenment is one of homogeneity and colonization, one that simplifies and marginalizes those who are other.

In this work, readers will be exposed to the great thinkers of this movement, like Suzanne Césaire, Léon Damas, Raphael Confiant, Patrick Chamoiseau, and Sylvia Wynter.

One solution to the myopic vision of current tech (e.g., Facebook, Google, Apple) is to empower more people of color to have early access to STEM education. This is a bigger problem than many recognize because there are many lower-income school districts that may not have tech clubs or any funding for such.

Algorithms embody the prejudice of their designers. Noble examines in her research how Black girls are seen as objects of sex. This distorted image reflects the historical system of chattel slavery, that is, to see Black women as less than human persons that can be raped and enslaved.

Noble’s work also shows how algorithms and technologies are value-laden. The values represented in much of current technology represent a particular vision of power, reflective of colonization and imperialism. Her work calls for big tech to take responsibility and for the public to promote digital spaces as a multiracial democracy.

Benjamin's work comes at a critical time to show how algorithms currently used in computer modeling inhabit the biases of their makers and in turn inform police software, credit scores, job applications, and more.

One example in her work is the PredPol algorithm that projects potential crime zones. Based on income, education, employment, and convictions, the algorithm predicts where crimes will happen and recommends where officers should patrol.

In a sense, her research captures what Philip K. Dick's story The Minority Report expected, where technology is used in a self-fulfilling manner. Benjamin's work is vital because of how this technology might hinder the justice process and prop up the prejudices of its users.

Believe it or not, social acceptance has a major role to play in whether or not certain tech creeps into our life. If, as a Christian community, we join together and demand transparency in the implementation of surveillance tech and call for ethical due care in the area of policing tech, then public officials will have to listen.

This topic is critical to understand in the emotionally driven context of Western society. We need to find common ground to discuss these issues with Christians and non-Christians if we seek the good and flourishing of all humans.

In addition to the authors mentioned above, I would also highly recommend the work of Philip Butler. His recent book Black Transhuman Liberation Theology [9] explores the potential of emerging technology to offer a new medium for the liberation of Black people. Butler is also the creator of The Seekr Project, a distinctly Black AI chatbot that is meant to "create a Black critical consciousness." [10]

Want to hear more? Check out the full conversation with Joshua K. Smith on Truth Over Tribe.

If you would like to receive a review copy of Robot Theology, please reach out to review@wipfandstock.com.

[3] "From the Great Resignation to Lying Flat Workers Opting Out," Dec 7, 2021. https://www.bloomberg.com/news/features/2021-12-07/why-people-are-quitting-jobs-and-protesting-work-life-from-the-u-s-to-china.

[4] Matt Simon, "Inside the Amazon Warehouse Where Humans and Machines Become One," June 2019, Wired Website, https://www.wired.com/story/amazon-warehouse-robots/.

Josh serves as the Senior Pastor of a Southern Baptist Church in Mississippi. He is a graduate of William Carey University, where he earned a B.A. in Religion. He holds an M.T.S from Gateway Theological Seminary. He is a recent graduate of Midwestern Baptist Theological Seminary, where he earned a Ph.D. in Theology. His dissertation focused on a critique of Robotic Futurism and the potential of Dehumanization.