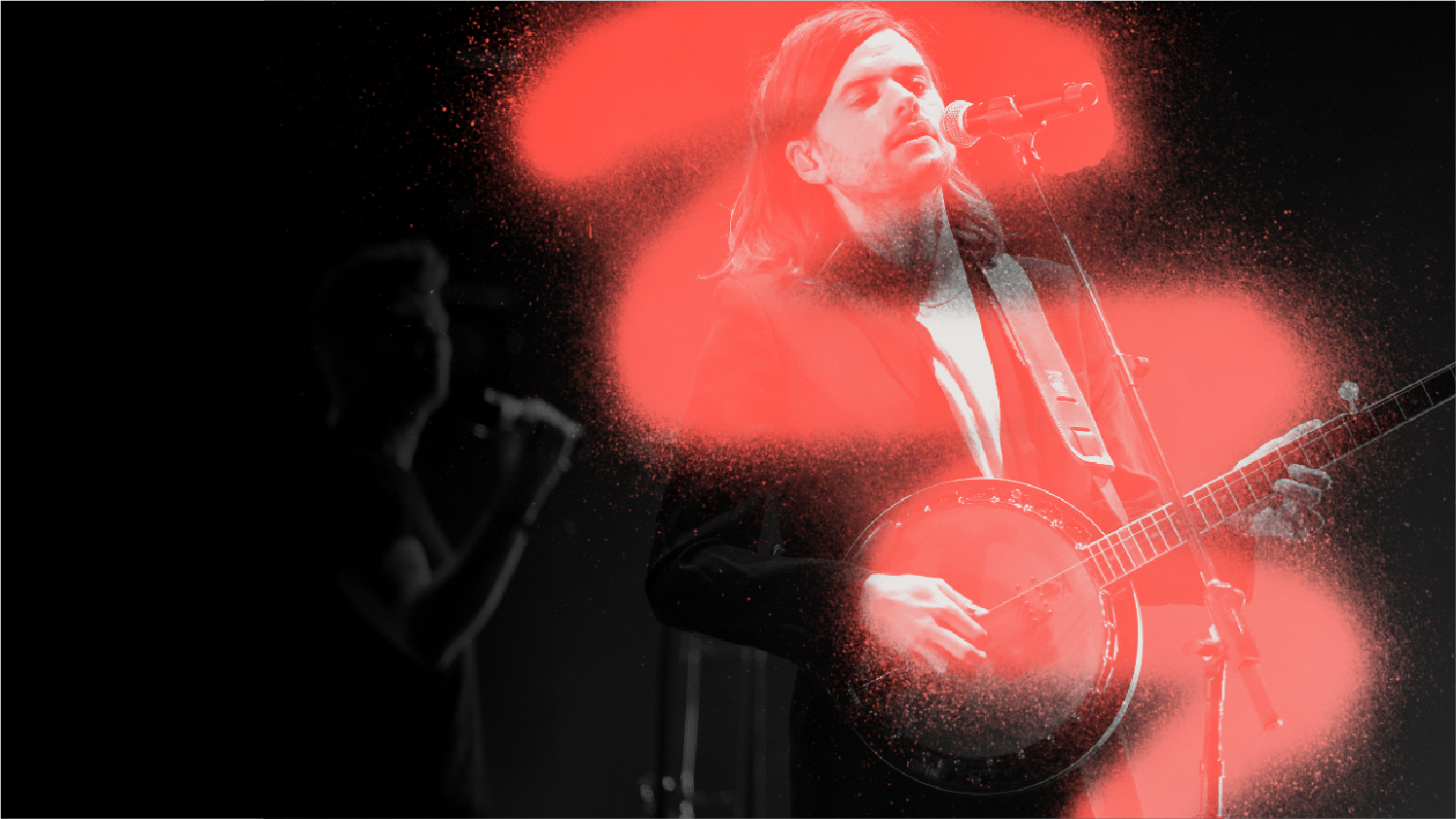 Winston Marshall was easily the most famous banjo player in the world. He was one-quarter of the world-renowned band Mumford & Sons. By his own account, he loves the band. He loves his bandmates. He loves their music. He loves playing banjo for a living.

But he gave it all up for one reason: he also loves the truth.

What Happened to Winston Marshall?

Before he left the band, Marshall habitually tweeted about books he read and enjoyed. With the pandemic in full swing, reading seemed a more salubrious habit to encourage than binge-watching Netflix.

Then he made a fatal mistake. He tweeted that he appreciated Andy Ngo’s book, Unmasked, which details the rise of violent, leftwing extremist cells called Antifa. The progressive Twitter mobs were swift. In their view, Andy Ngo was a right-wing troll connected to white supremacist groups. Although these outrageous claims are demonstrably false, the damage was done: Winston Marshall was now the enemy of progressive inquisition.

The army of trolls marshalled innumerable demands: apologies from Marshall and anyone associated with him, resignations, and all the other ordinary sentences handed down from the high court of cancel culture.

Initially, Marshall apologized. He said that he wasn’t aware of the claims made against Ngo, and humbly admitted that his perspective on Antifa could be wrong. But afterward, as he looked into the truth, he came to discover that he wasn’t wrong.

What followed was an agonizing period of soul searching. Would he remain silent or speak the truth? Would he prioritize his fame or facts? Would he bow before the mob or stand resolute for reality?

Live Not by Lies

In my interview with Winston, he explained that his Catholicism played a role in answering these questions: Jesus taught us to love truth and stand for truth. He also taught us to expect that such stands would rarely be received with warmness or generosity.

He decided that he could not live with a lie like this on his conscience. So, he chose to leave Mumford & Sons (to save them the pain from his decision to deny the lie). Then, he posted a short article explaining why, and challenging cancel culture.

In his piece, he explains that his decision was partially inspired by the essayist Aleksandr Solzhenitsyn, a Christian dissident living in the Soviet Union before its collapse.

At the time, the Soviets well understood that controlling the narrative about reality was controlling the reality. This is why they created the world’s most robust system for developing propaganda and misinformation at home and abroad.

Consider this: 3 million people died for Lenin’s communist utopia. But their blood was insufficient. Stalin oversaw the execution of 20 million people, the most atrocious being the Soviet-designed famine to starve 7.5 million Ukrainians, whom they saw as dissidents.

What’s remarkable is that people inside and outside the Soviet Union were largely unaware of these events when they happened. The New York Times published multiple pieces by journalists claiming that they were in Ukraine and there was no famine happening. In reality, they were just reporting the information fed to them by Soviet officials.

Inside the Soviet Union, it was widely known that breaking with the communist party’s narrative could cost you your job and even your life. With such strong incentives, people believed and told lies.

Upton Sinclair got it right: “It is difficult to get a man to understand something when his salary depends upon his not understanding it.”

Solzhenitsyn believed that his faith required him not to speak lies. So he refused to propagate the propagandistic cover-ups. He went one step further and spoke out against the Soviet regime. It cost him everything but his life. He was sent to a Soviet gulag, where he lived under inhumane conditions: forced labor, hunger, sickness, disease.

After his release, he wrote a short essay that I read at least once per year. It’s the same essay that inspired Winston Marshall to speak truth: “Live Not By Lies.”

Even if you don’t speak out, speak truth.

Solzhenitsyn understood that most people would not have the courage to speak out as he did, so he gave them a much more basic task: speak truth.

In the Soviet Union, he faced violent totalitarianism, but understood that violence is hard to sustain. This explains why the violent always turn to lies:

But violence ages swiftly, a few years pass—and it is no longer sure of itself. To prop itself up, to appear decent, it will without fail call forth its ally—lies. For violence has nothing to cover itself with but lies, and lies can only persist through violence. And it is not every day and not on every shoulder that violence brings down its heavy hand: [violence] demands of us only a submission to lies, a daily participation in deceit—and this suffices as our fealty.

That last line is haunting. While most Americans do not fear physical violence for resisting the narrative of the progressive left, they certainly do fear soft violence: losing your job, professional reputation, and personal friendships is no small cost to pay. Because we fear that violence, most of us submit to its demands: do not question the narrative; do not speak truth; repeat the lies we tell you to believe.

Whether it’s cowing Winston Marshall into saying nice things about Antifa, Reuters firing data scientists for sharing data contradicting some of BLM’s narratives, or the growing number of academics dislocated for publishing honest scholarship that contradicts the prescribed narrative about race in America—you must speak the lie or perish.

Which may make Solzhenitsyn’s conclusions sound ironic, though they are surely correct. The “key to our liberation” is “a personal non-participation in lies! Even if all is covered by lies, even if all is under their rule, let us resist in the smallest way: Let their rule hold not through me!”

He is clear that this does not require us “to step out onto the square and shout out the truth, to say out loud what we think,” but instead to “at least refuse to say what we do not think!”

I find this advice both relieving and practical. Some people will speak out and incur the cost. We need those people. Their bravery is key to stopping the lie. But equally key is the widespread practicing of nonparticipation in lies. This will sometimes evoke the ire of the mobs, but for the most part will not.

“Let us not glue back the flaking scales of the Ideology, not gather back its crumbling bones, nor patch together its decomposing garb, and we will be amazed how swiftly and helplessly the lies will fall away, and that which is destined to be naked will be exposed as such to the world.”

As Christians, we must ask what our king would have us do. Should we give shelter to the lie for the sake of self-preservation? Can you truly imagine Jesus putting his own life before the truth? Of course not. He is the king who challenged Pilate—a man who gave up entirely on truth for the sake of personal power—and taught his followers, “The truth will set you free” (John 8:21).

You may not be called to shout the truth. But do not use the mouth or mind God gave you to speak the lie.

Want to hear more on Winston Marshall’s decision to leave Mumford & Sons? Then you won’t want to miss the full episode! Plus, learn more about how Christians should cling to truth amid today’s cancel culture climate.